About the Episode Hayden travels through towns both large and small ,and visits sustainable lamb farmers living on the outskirts of the Kalahari. Cheerful sunflowers look on as Hayden cooks a healthy and delicious lamb pizza. Later, he ventures across the magnificent expanses of the Kalahari, takes a dip in a windmill reservoir and learns how to cook a traditional potjie from a local farmer. About the Northern Cape Kimberley’s glittering past is evoked by the Big Hole, an enormous cavern built during the fevered diamond rush of the 1870s. Venture out of the Northern Cape’s main city and you’ll be struck by big blue sky territory. This is South Africa’s least populated and most arid region. It’s vast, wild and beautiful. At night a huge canopy of jostling stars spreads overhead, and during spring the semi-desert landscape bursts into a colourful spectacle of flowers. Book a stay in the Northern Cape today 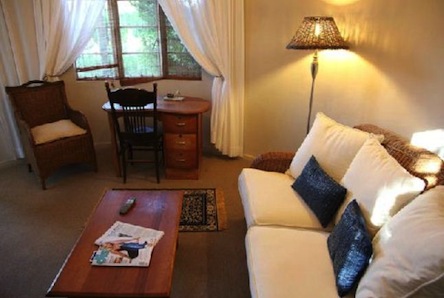 Situated in Prince Albert, the Swartberg Hotel boasts a number of attractions, and a menu highly recommended by locals. Enjoy peaceful and pleasant surroundings and other iconic historic attractions nearby.

Book a stay at the Swartberg Hotel today